So Thursday a Minnesota woman was given the ruling on a court case in which she was accused of violation of copyright. The woman, Jammie Thomas-Rasset, is a 32 year old single mother of four. She is being charged a total of $1.92 million. And how many songs did she download? Twenty-four. 24. four and twenty. That is about $80,000 per song. 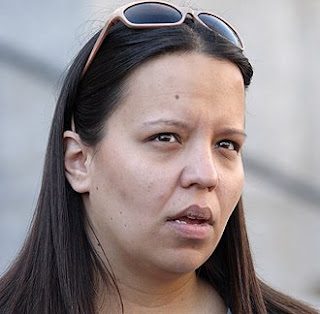 Just a bit harsh I think.

So what lesson does this teach us? Don't download illegally? Not likely. Lets have some honesty here. Most people don't download music, this is true. But when narrowing down to our demographic of computer users to those who have the knowledge of even how to do such a thing, we get into an age range o 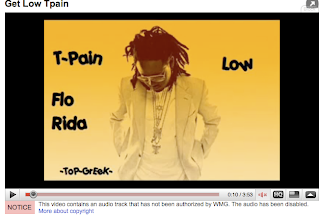 f 15-30 (with obvious outliers). Then we take into account who has the money to buy music and can narrow a bit more to 15-22 (especially since past that age most people pretty much have their music collection set). The lower portion of this group of people more often than not is listening to crappy music which I would NEVER spend a dollar on, let alone 80,000 of them. Not of course that that is really an argument, but still.
So here IS an actual argument: Free advertisement.
Guess what? Music is for free everywhere. Youtube is a prime example of this. If one wanted to they could just download a video off youtube and move it to their ipod. Its not hard. For a while there youtube was muting videos with copyrighted music. Stupid. Then youtubers complained, and now we see little popup ads at the bottom of videos, providing links to the itunes store for the song playing. Smart. 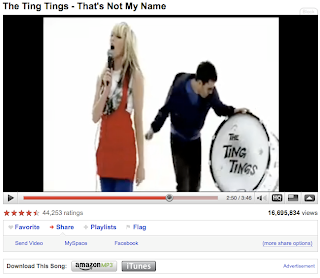 The same sort of rule should be applied, but modified.
This holds very true for movies and tv shows. People will download them to watch them, but usually you can't get great quality, or a version which can play in a dvd player. This automatically pushes people to buy the real deal. Companies also have learned to reel people in by putting some great extras on the dvd.
The same has held true for music. Something as simple as great artwork can draw someone in to buying a CD. Offering deals online for whole albums at cheap prices in addition to giving the customer a discount at the band's store or entering them in a contest for tickets to their show. Something. Be inventive. I mean yes, people should support artists and buy their music, and they shouldn't be involved in illegal activities, BUT today is a new age. We are used to getting things fast and free. (I'm honestly more interested in how they are going to deal with newspapers going out of business!)
But even then there is something to be said for the actual act of purchasing art. Many many many times a person will still go buy the CD or DVD even if they first downloaded it and even if there are no *extras* because ultimately our subconscious works us into it. The real product plays into our brains just as having a brand name item of clothing does. It feels official, we have bragging rights, we are supporting who we like, not to mention it is transient and we are a nation of materialists!
You can continue to charge and incriminate people, but the internet and the people who use them are just far too innovative to prevent the transfer of information. So there it is. People are going to do it. You just make yourselves look like douchebags when you freak out about it. Quit complaining about "theoretical dollars", move on.