Some of my Favorite Scribbles

Apparently I also write snatches of thought down when I can't sleep. I wouldn't call them incomplete, but definitely too personally linked by stream of conscious to be readily relateable. Some are half poetry. Here are some of my faves.

"Holding large bundles successfully, but dropping small items and having to awkwardly bend down is mankind's true burden."

"Someone placed two fingers
on my throat and pushed.
There it is again.
This is when believing in
Greek myths becomes appropriate,
when crying."
Posted by Gigi Galdo at 1:11 AM No comments:

Dark rims close off
that burst of green,
without which the ceiling would rot.
Tempered under clean cerulean,
gasping, sprinting to water.
One note reverberates on scraped skin.
The last strain killed,
dull eyes quit.

[Also found in my dear insomnia notebook. This one feels too normal(i.e forced), but considering it is partly about straining for inspiration- oh no i gave myself away- I guess that's appropriate.]
Posted by Gigi Galdo at 1:00 AM No comments:

Unlashed from the mast,
cocky with Grin-
Only to tottle starboard,
grasping.

[Quickly scribbled at one point in the day when I was around a specific person. About us all (oh growing up) as well as our(my) uncanny ability to both be interested in someone and hope for a certain extent of failure to go their way. I didn't want to title this one. Surprised at my own staccato form, I must have been super involved.]
Posted by Gigi Galdo at 12:41 AM No comments:

Let me introduce you to Ronald Jenkee, an amazing, fun, talented musician.
When I first heard Jenkee, one of his tunes was playing in the background of a LikeTotallyAwesome vid I was perusing. Of course, the song stuck to the point where I had to go back on to youtube and see if I could figure out where the track came from. Thankfully Mr. Defranco cites his background jamz.
If you haven't gone to Jenkee's Chanel yet, please do! He has two CDs out, but is yet to be signed, but using youtube and social networking sites in this case has turned out to be a great thing for this guy. He is kind of odd, but totally endearing, just the type of personality people on teh internetz jump on board for. Also, throw in the fact that he donates proceeds from certain songs to charity, and you have quite the winning combination. (oh yeah and i suppose being talented doesn't hurt, whatev)
He is a self-taught keyboardist and is very personal, reading and replying to EVERY message he receives. So if you have any questions for the man, hit him up.
Well, here are two of his songs:

So yes, I like him.
And I think he is a really great example not only of how musicians today can pull themselves up by their bootstraps, but how almost anyone can. It makes me think of the pilot episode of Glee where Rachel, the unpopular talented girl, says she posts a a video on myspace every day, because if you aren't relevant, you might as well be dead. So yes, irony for all us self-indulgent twitter using-facebook status updating-blogging youth. But obviously Ronald is not one of these types. If we wanted to characterize his cuteness in a sentence, every word would be abbreviated.
Posted by Gigi Galdo at 11:03 PM No comments:

I see this
(oh and the awkward pauses are questionable but worth ignoring, I suppose the creator really wanted the audience to relate to points in the song?)

and I am reminded of this

The struggle is just epic. I found myself cheering drunk man on, just knowing KNOWING if he only flipped on to his stomach, all would be well. Kudos to the guy who put Lux Aeterna with this, it brings the lulz. And I know half of you out there are thinking "Yeah, I've been there."
Posted by Gigi Galdo at 12:07 PM No comments:

I don't think you quite understand how magical I am after watching this.
Well that is, until you watch this.


You're Welcome.
Posted by Gigi Galdo at 6:04 PM No comments:

This is what I do during class, I sit and scroll through these, occasionally uncontrollably giggling and hoping that I'm not freaking out people sitting near me. 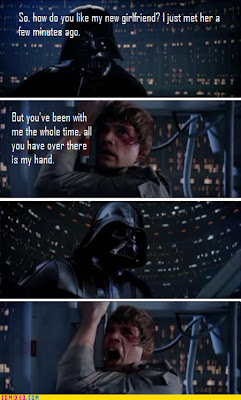 This one might require a bit more HP obsessiveness

If you know who moot is then you and I most certainly can be friends... on second thought, maybe not. However if you too find him inextricably attractive... well we still can't be friends, but let me know so I can find assurance that I'm not crazy. 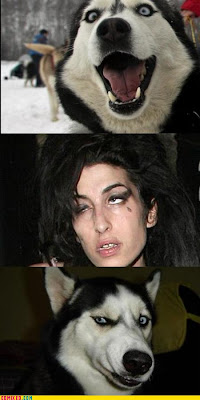 b t dubs, this is unquestionably my fave by far.

Check out Comixed.com for more if you haven't discovered this gem already, it is already in my toolbar on firefox.
Posted by Gigi Galdo at 3:52 PM No comments: